Fishing for Sharks in and around San Francisco Bay and the Golden Gate is a natural for experienced local fishermen. There are a whole lot of sharks around this area. The sharks you see below are the main species that are commonly seen, and caught in this area. Around 11 species of Sharks call San Francisco Bay home. Of these, there are at least 5 species that live in the Bay year-round, breeding and giving birth here: including Leopard Shark, Brown Smoothhound, Broadnose Sevengill, and Soupfin, and small Spiny Dogfish Shark. These are the Sharks you’ll be targeting (photos below), and they can grow up to 10 feet and larger. In 2010, SFGate.com reported a 319 lb Sevengill Shark, measuring nearly 10 feet in length, caught in San Francisco Bay! Other sharks occasionally visit the Bay and nearby ocean, (which are less common) including Bluntnose Sixgill Shark, Thresher Shark, Mako Shark, and Blue Shark. Even Great White Sharks occasionally enter the Golden Gate, but are most commonly seen near the Farallones Islands during the fall months (Sharktober!).

Captain Don and his crew have a combined shark fishing experience of several decades, and shark fishing is a passion for Captain Don. He knows the local haunts for these prehistoric sea monsters, and how to get them to go on the bite, and we do mean bite! Sharks offer big size and big fight fishing charters! For an unforgettable shark fishing adventure, the next time you visit San Francisco’s Fisherman’s Wharf, give Captain Don a call and arrange your own shark fishing charter. Check out these photos of Sharks caught onboard Sole-Man Sportfishing! 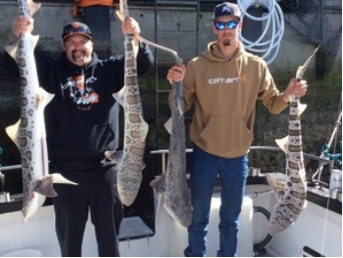 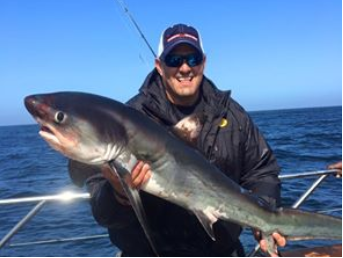 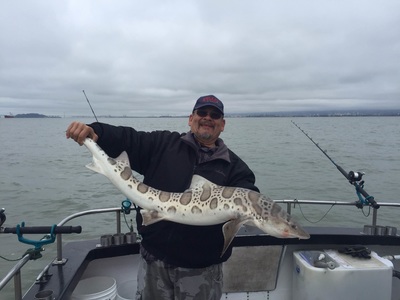 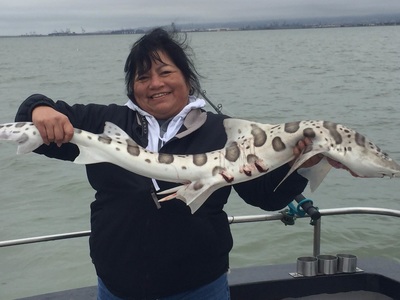